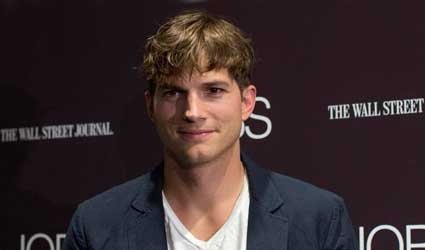 NEW YORK (Reuters) – Ashton Kutcher and Jon Cryer, the stars of the CBS comedy “Two and a Half Men,” are the highest paid actors on U.S. television with estimated earnings topping $20 million (12.5 million pounds) each, Forbes magazine said on Tuesday.

Kutcher, the 35-year-old actor who replaced Charlie Sheen after his ouster from the hit TV show in 2011, topped the list for the second consecutive year with $24 million, but Cryer was not far behind with $21 million.

Their 19-year-old co-star on the show, Angus T. Jones, came in seventh place on the annual list that estimates earnings for the 12 months from June 2012-2013. Jones made about $11 million.

“TV’s highest-paid actor is laughing all the way to the bank since replacing Sheen on ‘Two and a Half Men’ after the troubled star’s 2011 flameout,” said Forbes, adding that Kutcher is also an investor in technology companies.

Comedian Ray Romano, whose show “Everybody Loves Raymond” ended eight years ago, placed third on the list with $16 million, most of which comes from syndication of the CBS comedy series.

Neil Patrick Harris of CBS comedy “How I Met Your Mother” debuted on the list, sharing the No. 4 spot with Mark Harmon of CBS crime drama “NCIS” at $15 million. Patrick Dempsey of ABC comedy “Grey’s Anatomy” rounded out the top five with income of $13 million.

Sheen, once the top male earner on TV who now appears in the FX network sitcom “Anger Management,” captured the No. 10 spot with earnings of $10 million.

Forbes compiled the list by talking to producers, agents, managers and other insiders to estimate earnings from entertainment-related sources before taxes and expenses.