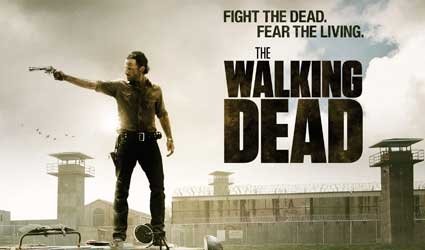 According to Nielsen data provided by AMC, the hour-long season premiere was the top-rated show across all U.S. television programming on Sunday night in the 18-49 demographic, including NBC’s NFL “Sunday Night Football” game, which usually draws the largest viewership in the demographic.

“The Walking Dead” also went head-to-head against NBC’s primetime football game in much of the country, except for the West Coast. The football game between the Dallas Cowboys and Washington Redskins drew a total of 19.7 million viewers.

AMC said more than 5 million users discussed the season four premiere on Facebook and Twitter, and the episode generated more than 1.1 million tweets on Sunday.

“The Walking Dead,” based on a comic book series of the same name, follows a sheriff’s deputy as he tries to save survivors from flesh-eating zombies in a post-apocalyptic world.

AMC, owned by AMC Networks Inc., has been expanding its audience with stylized shows, such as period advertising drama “Mad Men” which drew a series high of 2.7 million in June this year, and the series finale of gritty drug drama “Breaking Bad,” watched by 10.3 million viewers last month.