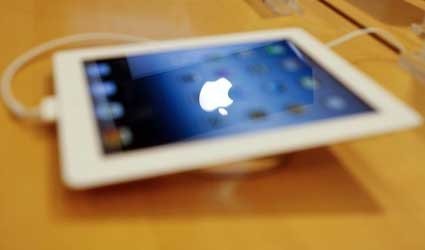 SAN FRANCISCO (Reuters) – Apple Inc next Tuesday is expected to introduce a new line-up of iPads that will compete with the latest tablets from Amazon.com Inc and Samsung Electronics, amid pressure to preserve market share.

The company sent out invitations to media on Tuesday for the October 22 event that read, “We still have a lot to cover” and sported a close-up, half-view of Apple’s logo. The usual stylized, elliptical apple-stalk is replicated and scattered throughout an attached image in multiple hues.

New versions of the iPad, which will go up against Amazon.com’s latest Kindle Fires and gadgets made by Samsung, are expected to feature lighter, thinner designs and more powerful processors. The iPhone maker has come under pressure over the past year to preserve market share and bolster sales against rivals that are rapidly raising capabilities and lowering prices.

News of the October 22 event was first reported by AllThingsD last week.