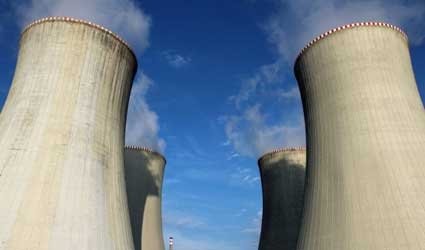 SEOUL (Reuters) – South Korea has indicted 100 people, including a top former state utility official, of corruption in a scandal over fake safety certifications for parts in its nuclear reactors, authorities said on Thursday.

Asia’s fourth largest economy has faced a series of shutdowns of nuclear reactors due to fake documents going back to late 2012. Of its 23 reactors, six remain offline, including three halted in May to replace cables supplied with bogus certificates.

“We hope the so-called nuclear mafia style behaviour would be rooted out if strict investigations and law enforcement and system reforms continue,” Kim Dong-yeon, a top government policy coordinator, told a news briefing.

Those indicated on Thursday include a vice president at Korea Electric Power Corp (KEPCO) and a former chief executive at Korea Hydro and Nuclear Power Co, who face bribery charges. The two were arrested as the scandal unfolded.

South Korea’s tightly closed nuclear industry has been criticised for breeding a culture of secrecy that led to corrupt practices among officials involved in safety certification.

Officials indicated they would bring back the reactors that had been suspended for inspection and replacement of parts, rather than phasing them out and cutting dependence on nuclear power, which produces a third of the country’s electricity.

Three of the six out of service reactors are under maintenance or have had operational approvals expire, while the rest are having cables replaced.

The government is expected to decide late this year whether to resume operations of the six reactors after the completion of cable tests, said Kim Yong-hwan, an official at the Nuclear Safety & Security Commission.

The country has barely avoided blackouts between June and August this year as it cut power use in a nationwide energy saving campaign.

Concerns over the safety of nuclear power have risen in South Korea as neighbouring Japan continues to struggle with the clean-up of the world’s worst atomic disaster in three decades, but authorities have shown no sign of cutting back.