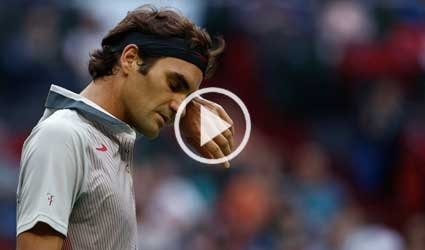 (Reuters) – Fifth seed Roger Federer was dumped out of the Shanghai Open, losing to Frenchman Gael Monfils 6-4 6-7(5) 6-3 in the third round on Thursday.

After dropping the first set, the 17-time grand slam title winner was on the brink of going out in straight sets at 3-5 down in the second, and later 3-5 down in the tie-break before winning four straight points.

Monfils then broke the Swiss former world number one in the fourth game of the decider.

It was Monfils’s second victory over Federer in eight meetings, and leaves the Swiss battling to reach the end-of-season ATP World Tour Finals for the 12th consecutive year.

Monfils will play either top seed and defending champion Novak Djokovic or Fabio Fognini in the quarter-finals.

Andalucia extends the Covid passport and use of masks

Axarquía - Costa Tropical
Juanma Moreno has announced the extension of Covid passports and masks in AndaluciaJuanma Moreno, the president of Andalucia, today, Thursday, January 20, announced that...