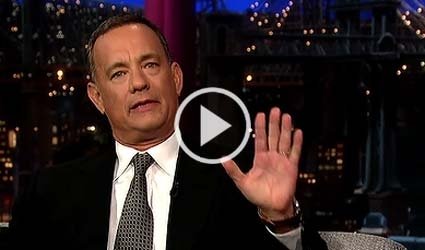 (Reuters) – Actor Tom Hanks has said that he has been diagnosed with type 2 diabetes, the most common form of the metabolic disease.

Hanks, 57, told late night talk show host David Letterman on Monday that he had been battling high blood sugar for some time.

“I went to the doctor, and he said, ‘You know those high blood-sugar numbers you’ve been dealing with since you were 36? Well, you’ve graduated! You’ve got type 2 diabetes, young man,'” Hanks said on CBS network’s “Late Show with David Letterman.”

“It’s controllable,” said Hanks, who was on the show to promote his upcoming film “Captain Phillips.”

“Something’s going to kill us all, Dave,” the Oscar-winning actor said, joking with the host.

Type 2 diabetes affects the body by either not producing enough insulin, the hormone that turns sugar into energy, or by resisting insulin.

It affects about 24 million Americans and accounts for the more than 90 percent of diabetes cases diagnosed in the United States, according to the U.S. Food and Drug Administration. It can be life-threatening if not treated.