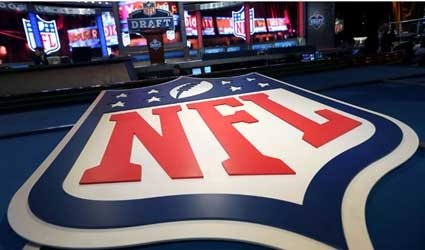 (Reuters) – The National Football League (NFL) will stage three regular-season games in London next year as part of a push to grow its international fan base, the league said on Tuesday.

The Jacksonville Jaguars, Atlanta Falcons and Oakland Raiders will each play a “home” game at Wembley Stadium. It will mark the biggest slate of NFL games played abroad in one year.

“Our fans in the UK have continued to demonstrate that they love football and want more,” NFL Commissioner Roger Goodell said in a statement.

“Both of this year’s games in London sold out quickly. The fan enthusiasm for our sport continues to grow. By playing two games in the UK this year, we are creating more fans. We hope that with three games in London next year we will attract even more people to our game.”

Dates of the games and opponents for each club will be announced later this season.

London is staging two games this season for the first time, with the Jaguars hosting the San Francisco 49ers on October 27. Last month the Minnesota Vikings beat the Pittsburgh Steelers 34-27 at Wembley.

The NFL first played a regular season game at Wembley in 2007 and the annual fixture has attracted near-sell-out crowds with an average attendance of more than 80,000.