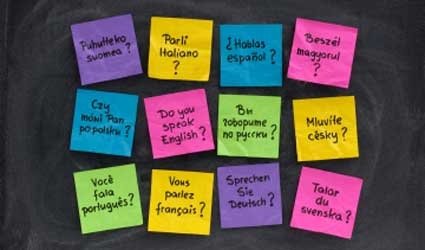 More than 63 per cent of workers say they do not use the languages which were demanded of them when they were hired.

According to a survey by Adecco Professional amongst almost 2,000 working Spaniards between 18 and 65, more than 53 per cent were told at their job interview that they must speak a foreign language.

More than 61 per cent of companies asked for English speakers, 11.3 per cent French, 10.7 per cent German, and 1.7 per cent Portuguese.

In 14 per cent of cases, they wanted languages such as Chinese, Arabic or Eastern European languages.

In 20 per cent of cases, they were asked to speak a regional language as well as Spanish and a foreign language. The most demanded was Catalan, in 8.7 per cent of cases, followed by Euskera (Basque language) in 2.4 per cent, Valenciano (2.1 per cent) and Gallego (in Galicia) 1.8 per cent.