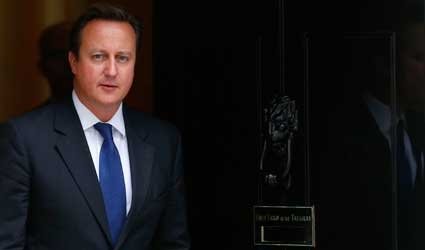 LONDON (Reuters) – Prime Minister David Cameron on Wednesday rejected calls to boycott a Commonwealth summit in Sri Lanka next month because of concerns over the country’s human rights record, but said he would raise difficult issues at the talks.

Rights groups have urged world leaders to stay away from the meeting in Colombo to protest against what they have described as a “human rights crisis” in the former British colony, suggesting attendance could help legitimise the situation.

In particular, campaigners want the Sri Lankan government to allow an independent investigation into allegations that government forces committed war crimes towards the end of a civil war that ended in 2009 after almost three decades.

Canadian Prime Minister Stephen Harper said on Monday he would not attend the summit, citing reports of “incarceration of political leaders and journalists, harassment of minorities, reported disappearances, and allegations of extra judicial killings”.

But Cameron told the British parliament on Wednesday he had decided to attend as he thought the best policy was engagement rather than staying away.

“It is right for the British prime minister to go to the Commonwealth conference because we are big believers in the Commonwealth,” Cameron told lawmakers, referring to the organisation whose members are mostly former British colonies.

“But I think it is right in going to the Commonwealth conference we should not hold back in being very clear about those aspects of the human rights record in Sri Lanka that we are not happy with.”

If he didn’t go, he couldn’t raise such issues in person, he said.

Chitranganee Wagiswara, Sri Lanka’s high commissioner to Canada, told Reuters that the rights situation had improved over the last four years and that Colombo did not accept Harper’s comments.

The Sri Lankan government has faced global condemnation over its rights record, with criticism focused on its final campaign against separatist Tamil Tigers, an offensive the United Nations said killed tens of thousands of civilians in 2009.

U.N. human rights chief Navi Pillay said in a report last month that she also had concerns “about the degree to which the rule of law and democratic institutions in Sri Lanka are being undermined and eroded”.

Sri Lankan President Mahinda Rajapaksa may be overseeing a slide towards an authoritarian system in the island nation off India’s south coast, the same U.N. report said.

Pressed about Cameron’s stance on Sri Lanka, his official spokesman said nothing would be “off the table” at the Commonwealth meeting.

Rights group Amnesty International has accused the Commonwealth of being “shamefully silent so far about Sri Lanka’s human rights crisis”.