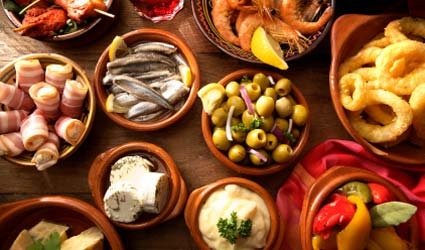 For the uninitiated, “el tardeo” is a new Alicante phenomenon, as residents and visitors go out for drinks and tapas on Saturday afternoons.

Residents, accustomed in the past to quiet afternoons and deserted streets in the city centre, are clamouring for the council to take steps.  “El tardeo” involves too much noise, too much litter and too many altercations, they claim.

The practice brings up to 3,000 people into the city each weekend, said Lalo Diez, the association’s spokesman.  They are ready to spend and have rescued many businesses, creating employment for “thousands,” most of them young  people. “This is an age group, don’t forget, with 60 per cent unemployment,” he said.

Diez called on the city hall not to be taken in by those who “demonise” one of the city’s few economic sectors that actually function.

“Here, like it or not, this is what we live on, in a tourist city like ours.”

Sex for Xmas: What are you giving your partner?

UK
Sex for Xmas: What are you giving your partner?AFTER Annie Rees-Smith revealed to The Sun that she is giving "her bloke sex for Christmas"...