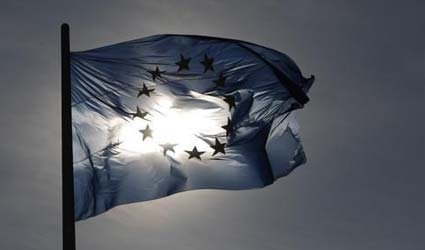 LONDON/ BRUSSELS (Reuters) – Parts of Europe’s proposals for a banking union may fall foul of European Union law, lawyers have said in a fresh setback to plans aimed at strengthening the financial system after the debt crisis.

The opinion from the European Council’s legal service is a blow to efforts to break the link between indebted European countries and their banks via the creation of a banking union that would jointly deal with stressed lenders.

Setting up such a system raises an array of political and legal complications, including who should decide when an ailing bank must be closed and who pays the bill, an issue of particular concern to Germany, the euro zone’s largest economy.

In their second piece of legal advice to member states, dated October 7 and seen by Reuters, the lawyers warn of the pitfalls of giving a new agency or board too many powers to close or salvage troubled banks.

In particular, the 26-page legal opinion underlines the need to limit the “margin of discretion” and extent of any powers given to a body that will decide about the closure or ‘resolution’ of a bank in a euro zone member state.

The opinion lends support to the idea of giving responsibility to the European Commission or another EU institution rather than an external agency, since otherwise the arrangement could not be compatible with the EU’s treaty or basic law.

“The Legal Service considers that the powers … need to be further detailed in order to exclude that a wide margin of discretion is entrusted to the board,” officials write in the document.

By highlighting some of the limits of existing EU law, it also gives weight to the argument championed by Germany that a potentially long-winded reworking of the EU’s treaty may be needed to satisfactorily underpin the new structure.


Such a step would, however, be politically hazardous and may invite many of the bloc’s 28 member countries to try to renegotiate its terms. Britain’s Prime Minister David Cameron could use it to further distance the country from Brussels.

“Legal obstacles could be dealt with by an EU treaty change but there are two obstacles – David Cameron and the European Parliament, which would ask for a full fledged convention,” said Daniel Gros of the Centre for European Policy Studies.

“Without this, however, you are going to end up with something so contorted that it doesn’t make much sense.”

The advice comes shortly after EU lawyers warned that the new system must respect a country’s autonomy when deciding on spending. This reflects fears they would be left with the clean-up bill if an EU agency were to order the closure of a bank.

The legal concerns, prepared by officials at the European Council, which hosts EU ministers’ meetings, add to the complexity of an issue that is already politically difficult.

Political impetus has already slowed with the return of market calm. Germany is also opposed to any hasty agreement that would leave it indirectly on the hook for helping weaker countries address the problems of their banks.

Unlike in the United States, where rapid infusions of capital put its banks quickly back on track, Europe is still trying to repair a frozen financial system.

By establishing a banking union, it hopes to win back investor confidence. The first step towards creating this union will happen late next year, when the European Central Bank takes on supervision of banks throughout the euro zone.

The second pillar of the project is creation of an agency to close troubled banks and a central fund to help pay for the costs of the clean-up.

But EU states are divided as to how much of this task should be taken on by a central resolution board and how much should be done by the European Commission.

The legal opinion, which adds further fuel for this debate, looks at decisions by the bloc’s top court, the European Court of Justice, in particular the “Meroni” case of the late 1950s.

This set parameters on the “balance of powers” between EU institutions such as the European Commission and how much discretion new agencies could have.