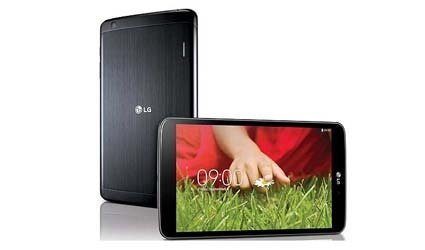 The G Pad 8.3 is the first tablet by the South Korean firm in nearly two years as it has struggled to regain lost ground in the mobile market due to a slow response to the industry’s shift to smartphones.

The world’s third-largest smartphone maker after Samsung Electronics Co and Apple hopes the new tablet with a sharper display will help it gain traction during the year-end holiday season as Android-based tablets continue to win market share from Apple’s iPad.

The launch comes as Apple has been unable to widely roll out a new version of its iPad Mini with a high-resolution “retina” display this month, according to sources familiar with Apple’s supply chain, leaving the gadget without the sharper screen found on rival tablets.

LG has also added a feature that allows users to check and send messages received by their Android smartphone from the tablet, hoping such function will help it stand out in an increasingly crowded mobile market.

The new tablet, which is available for Wifi only version, will be sold for 550,000 won (318.13 pounds) from next week in South Korea and will be introduced in some 30 countries by the end of this year.