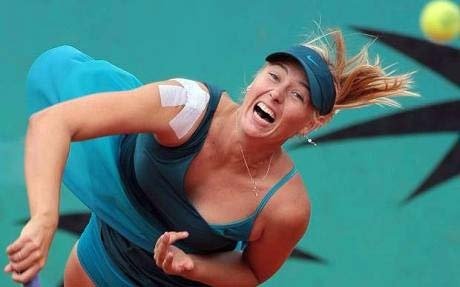 (Reuters) – World number three Maria Sharapova withdrew on Monday from the end-of-season WTA Championship in Istanbul due to the shoulder injury that also kept her out of the U.S. Open.

The 26-year-old Russian has not played since losing to Sloane Stephens in the second round of the Western and Southern Open in Cincinnati in August.

“I am very disappointed I will not be able to play in the TEB BNP Paribas WTA Championship this year,” Sharapova told the tour website (www.wtatennis.com) on Monday.

“The fans in Istanbul have welcomed us each year with such intense passion and warmth. I will sincerely miss the energy and excitement they bring to the year-end tournament.”

The four-times grand slam winner, who fired coach Jimmy Connors after just one match together following the defeat by Stephens, pulled out of the U.S. Open held in August and September due to inflammation in her right shoulder.

Sharapova’s place is still up for grabs through the rankings.