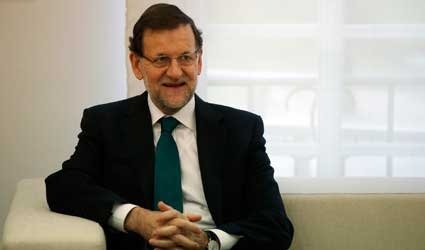 The PP, led by Prime Minister Mariano Rajoy, would receive 34.1 percent of votes, compared to 29 percent for the socialist PSOE, according to the poll. Last month, the PSOE scored 30.1 percent to the PP’s 30.5 percent.

The PP denies any wrong-doing.

“A month without any major news stories about Barcenas is enough for the PP to halt its slide and the PSOE to remain stable in its very poor situation, even though there are still some key facts to be cleared up,” El Pais said.

The estimated voter support for the PP, based on a Metroscopia poll of 1,000 Spaniards on October 2 and 3, is still below the 44.6 percent of votes the party received in the 2011 parliamentary election. But it shows some recovery for the PP, with Rajoy standing firm against calls to resign.

The government expects Spain to have lifted out of recession in the second half of the year and the poll showed 57 percent of Spaniards believe the crisis has bottomed out though recovery will be slow. The unemployment rate is currently 26 percent.

While 75 percent of those surveyed do not approve of Rajoy’s management of the economy, 85 percent disapprove of Alfredo Perez Rubalcaba’s work as leader of the opposition.

The poll showed support for smaller parties, viewed as more honest by austerity-weary Spaniards, is growing. The United Left (IU) would receive 11.5 percent of votes in an election compared to the 6.9 percent it got in 2011, while the centrist UPyD would score 9.1 percent compared to 4.7 percent.