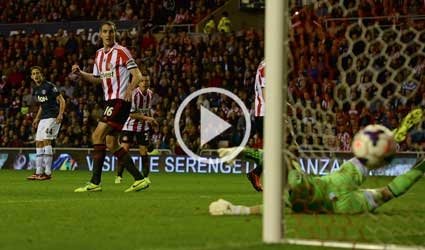 Making his first league start for the troubled champions, the 18-year-old came to his side’s rescue, equalising with a clinical right-foot shot in the 55th minute before putting the visitors ahead with a sumptuous left-foot volley soon after.

Sunderland had deservedly led at halftime with a Craig Gardner shot following a mistake by Nemanja Vidic and only a great save by David De Gea stopped United falling further behind.

United, who have made their worst start to a league season since 1989, moved up to ninth position with 10 points from seven games, six behind leaders Liverpool.

Sunderland have lost six of their matches.