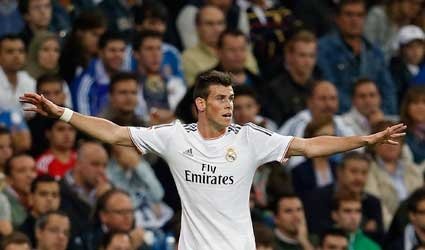 LONDON (Reuters) – Gareth Bale will not feature for Wales in their final two World Cup qualifiers, manager Chris Coleman said on Thursday after naming the Real Madrid forward in his squad.

“We have spoken to the doctor and we will be without him (Bale), but we said all along it is very tough for him to have had no pre-season and be thrown in at the deep end,” Coleman told a news conference.

Bale is yet to play a full 90 minutes for Real Madrid since joining the Spanish club from Tottenham Hotspur last month in a world record 100 million euros deal.

He missed Real’s Champions League win over FC Copenhagen on Wednesday with a left thigh injury which is expected to keep him out for two weeks.

Wales, who have no chance of qualifying for the World Cup, host Macedonia on October 11 before travelling to Belgium four days later.