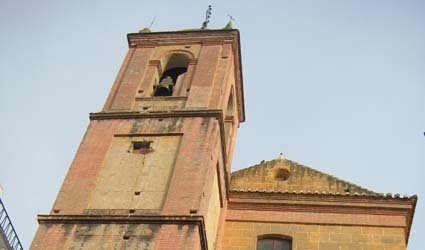 WORK to refurbish a historic 17th century church in Torrox has ground to a halt after archaeological remains were found.

Torrox Town Council has ordered the refurbishment work at the Encarnacion church to be stopped for 15 days to make sure the remains are properly investigated, documented and protected.

The decision followed plans to concrete the floor at the main altar, where the remains yet to be documented were discovered.

Torrox Mayor Francisco Muñoz accused the Malaga bishopric, owner of the building, of a lack of respect to the town’s historic heritage, in a public statement.

The council said the purpose of the delay is to carry out a study of the remains found, thought to be part of the 8th century mosque the church was built on.

However, the work managers say it is a fuss about nothing. They claim the remains have no archaeological value.

Refurbishment work to stabilise the external walls of the temple started earlier this year with a €476,000 budget.

Sources have stated the Malaga bishopric hopes the ban is lifted soon, as the Nieves shrine being used for religious services as a replacement is small.