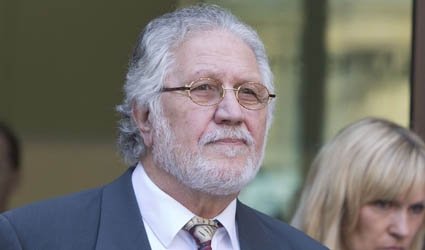 LONDON (Reuters) – One of Britain’s best-known radio presenters from the 1970s and 1980s, who counted Myanmar’s Aung San Suu Kyi among his fans, was charged with two further sex offences on Tuesday on top of 12 other sex charges.

Former BBC Radio 1 DJ Dave Lee Travis, 68, now stands accused of 13 counts of indecent assault and one sexual assault. The incidents are alleged to have occurred between 1977 and 2007 and involved women and girls, with the youngest aged 15.

The two new charges against Travis, who has repeatedly denied any wrongdoing, relate to indecent assault on a woman aged over 16 between January 1992 and December 1993.

Travis, who was first arrested last November, is one of 14 ageing celebrities and show business figures to be accused of sex offences in an investigation sparked by revelations that the late BBC TV host Jimmy Savile was a prolific child sex abuser.

Savile was one of Britain’s biggest stars in the 1970s and 1980s but since his 2011 death, police have discovered he committed sex crimes on an unprecedented scale.