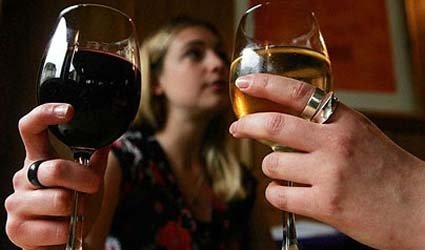 AN estimated 190,000 people in Alicante province have alcohol problems.

According to the latest Survey on Alcohol and Drugs in the General Population, around 77 per cent of the population regularly consumes alcohol showing it is the most commonly used drug ahead of tobacco and cannabis.

The survey said that 36 per cent of young people aged 14 to 18 years acknowledges being drunk sometime in the last month, an increase from 2006 when the figure stood at 25 per cent. Although the average onset of alcohol consumption nationally is 16.7 years, Addictive Behaviours Units (AAU’s) placed the first contact with drinking in the province between 13 and 18 years, beginning with occasional consumption to regular drinking.

Alcohol psychiatrist, Bartolome Perez Galvez, said binge drinking can be the most problematic: “It is difficult to say how many are at risk of being alcoholics in the province but it is clear that consumption is risky; almost 5 per cent in any case, have a clear dependence.”
There are 29 Alcoholics Anonymous groups across Alicante for the multi-lingual population.