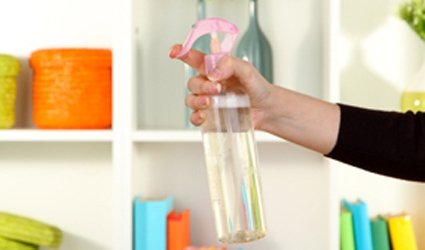 SOME household air-fresheners are more toxic than tobacco.

According to the Consumer and User Organization (OCU) in Spain, some household air-fresheners which need heat, such as oils, incense and perfumed candles, worsen the quality of the air as they have excessive levels of toxic, allergenic and contaminating substances.

OCU has examined 20 air-fresheners to determine the substances they emit into the air.

The products which were analysed are associated with a relaxing and healthy atmosphere, but some make the air as toxic as a room full of smokers with lit cigarettes, causing toxicity and risks to the health.

The only products which have been approved are candles, as oils and incense have too many small particles which can be breathed in and contain allergenic substances and compounds such as benzene and formaldehyde.

OCU recommends not using them, as they neither clear the air nor get rid of bad smells, and especially not using them in the presence of children, pregnant women or people with allergies or asthma. Use of candles should also be kept to a minimum. The best way to improve air quality is by ventilating the room.

OCU and the other associations which carried out the study have demanded that the EU create a law limiting the emissions of such products and obliging manufacturers to inform people about the health risks. They have also asked for there to be stricter controls on the sale of oils and incense, and to remove those which have high levels of emissions.