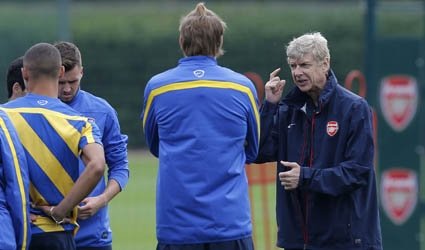 LONDON (Reuters) – Arsene Wenger is the best coach in the Premier League, according to Rafa Benitez ahead of his Napoli side’s Champions League clash with Arsenal later on Tuesday.

Arsenal’s long trophy drought is well documented but the Gunners have begun the new season in scintillating fashion and lead the Premier League after six games.

Former Liverpool manager Benitez, who also had a spell in charge of Chelsea last season before taking over at Napoli, is a huge fan of the Frenchman Wenger.

“Wenger is the best coach in the Premier League, then they signed good players and at this point everything is going well for them,” Benitez was quoted in British media.

“I think he’s a great manager, great person, someone that knows the league here in England, experience in Europe and always in the top four.

“He’s doing a great job. Hopefully he can win the Champions League – but another year, not this one.”