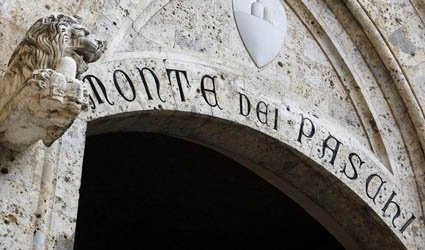 LONDON (Reuters) – Investors awaiting the finer points of Monte dei Paschi’s restructuring plan could soon find themselves wishing their bank had run aground at another time and place in the euro zone financial crisis.

After approving more than 5 trillion euros of state aid to its financial system over the past five years, the European Union has switched the burden of bank bailouts away from taxpayers and onto shareholders, bondholders and big depositors.

But a consistent approach and certainty over who pays when a bank gets into trouble is still lacking, deterring much-needed investment into the region and its lenders and ensuring a steady stream of lawsuits when losses are imposed.

“We are trending in the direction of a proper priority of claim, a proper following of the hierarchy of the capital structure,” said Aaron Elliott, a London-based credit analyst at Citi. “But we are certainly not there yet.”

“It’s very difficult for investors to get involved,” he added, pointing to a reluctance to buy bank debt in some countries.

European rules designed to ensure a harmonised approach to bank bail-ins, forged over the summer, do not take effect until 2018, leaving bank investors in heavily indebted countries in limbo and weighing on those states’ own cost of borrowing.

“The reality is, these individual countries can’t wait for 2018 to bail in bondholders, they just can’t afford to do that,” said Elliott.

In response to public outrage over taxpayer-funded bailouts and to reassure small depositors their funds were safe, the European Commission, which sets conditions banks must fulfil to qualify for state aid, in July updated its framework for bank bailouts for the seventh time in the crisis.

But the EU Competition Authority’s powers as defacto guardian of bailout consistency are limited – the framework lays out broad guidelines for imposing losses on shareholders, bondholders and large depositors, but exceptions can be made if the measures would do more harm than good.

“State aid control does not enable the Commission to ‘harmonise’ measures that member states intend to implement, but merely to set minimum standards for them to be compatible with the internal market,” the spokesman for the EC’s competition division said. “Inconsistencies … are thus due to the choices of member states.”

Investors in Monte dei Paschi are still waiting to see how they will be affected by a new restructuring plan to avert nationalisation. Italy’s third-largest lender has delayed approval of the plan because it is hoping the EC will give it more time to raise 2.5 billion euros, sources have told Reuters.

As the crisis has evolved in Europe so also have the bailouts. At the beginning, taxpayers were the first to be hit to protect junior bondholders, senior bondholders and most sacrosanct of all; depositors.

Ireland nearly went bankrupt in 2010 trying to save its banks and protect senior bondholders and depositors from losses.

Three years later, an even bigger hallmark of the financial sector was almost shattered when Cyprus made a botched bid to burden small depositors. In March, it became the first euro zone country to impose losses on large depositors, following a path beaten far more quietly by Lithuania a month earlier, when losses were imposed on large depositors of failed Ukio Bankas.

“There has been no consistency,” said Duncan Martin, partner at the Boston Consulting Group (BCG), whose firm has worked on the Irish bank stress tests and Portugal’s bank restructuring programme. “There has been a gradual harshening of treatment.”

The EC’s competition spokesman said Brussels had followed the same principles in its assessment of state aid throughout the crisis but as situations changed so too did the rules.

“These changes are however not the result of an inconsistent assessment but of the Commission’s attempt to reflect in its assessment and rules the changing circumstances in the markets in which banks operate,” he said.

An official involved in designing bank bailouts in countries with EU/IMF programmes said consistency improved over time but was hard fought. “In an ideal world we should have had a system with much more consistency,” he said. “Sometimes we had to come up with solutions very fast … (and) there were different liability structures and different assets.”

As the number of programmes swelled, harmonising approaches became more challenging. “It would have meant all three institutions going back to consult with their respective teams,” he said. “In practice it was extremely difficult.”

Differences in bailouts depend on place as well as timing.

Ireland was able to create a bad bank, Nama, to absorb more than 70 billion euros of bad loans because when Nama was created in late 2009 Ireland still had a high enough credit rating to enable the financing of the bad bank to work.

Spain was in a similar situation when it created bad bank Sareb while both countries also had a portfolio of soured commercial real estate loans that suited being managed through a new agency.

Many EU countries supported their banks with system-wide guarantee schemes and guarantees were also extended to some banks to improve their capital positions without pre-paid bailouts, like the 10 billion euros “risk shield” given to Hamburg and Kiel-based shipping lender HSH Nordbank.

“It (the type of solution) obviously depends on how solvent the country is,” said Martin. “If Germany wants to recap (recapitalise) they recap; if they want to guarantee, they guarantee. There’s no issue of the sovereign rating being downgraded and so on.”

“In Cyprus the cupboard was bare. They could not have bailed out the banks even if they wanted to.”

Rawal, whose firm advised the Central Bank of Cyprus on its banking sector’s 2013 restructuring, said the health of the rest of the banking sector also factors in the structures used to solve problems, pointing to Spain’s ability to get healthy banks like Santander to invest in Sareb.

In the Netherlands, when the taxpayer had to give close to 10 billion euros of fresh support to complete SNS’s February rescue, the government vowed to reclaim 1 billion euros of it with a one-off bank tax in 2014. That makes less sense if most of the sector is bailed out, as in Ireland, Greece and Cyprus.

Despite the many variations of bank rescues, the situation could have been worse. “For all the inconsistencies that you had in terms of how banks are bailed out, something that did bring some coherence to the whole process was the intervention of the European Commission,” said Roberto Henriques, a credit analyst at JP Morgan.