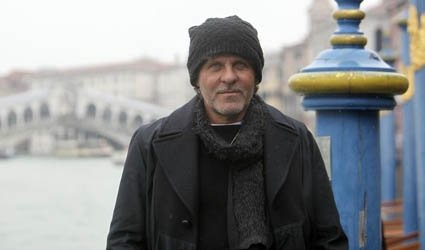 PARIS (Reuters) – Renzo Rosso, the founder of Diesel, says competition for hot designers is now as intense as for football stars, as shown by the speed at which big luxury groups such as LVMH are investing in promising new fashion names.

“Fashion is like soccer, only champions make a difference,” said the tattooed 58-year-old entrepreneur as he sat in the showroom of one of his brands, Maison Martin Margiela, in a converted 19th century convent in Paris.

Earlier this month, two fledgling British fashion brands Rosso had been following for more than two years, J.W. Anderson and Nicholas Kirkwood, were taken over by LVMH, the industry leader.

“We also considered investing in them but we never expected LVMH to move so quickly,” Rosso told Reuters before the Margiela show at Paris Fashion Week.

Rosso made an estimated $3 billion (1 billion pounds) fortune from the stone-washed jeans brand Diesel he founded in 1978 and which grew with the help of off-the-wall advertising campaigns.

Rosso also runs fashion brands Viktor & Rolf and Marni through his OTB (Only the Brave) holding company. His Staff International unit makes and distributes clothes under licence for brands including Just Cavalli, DSquared2 and Vivienne Westwood.

Rosso spends much of his time surveying the work of young designers to see if one day they could work for him or if their labels have the potential to become global brands.

The race among big luxury groups such as LVMH and Kering to attract young designers comes as at a time when growth has slowed down at their big brands, Louis Vuitton and Gucci respectively.

“What groups like LVMH are doing, is preventing young designers like Anderson from working for somebody else,” Rosso said.

Rosso said he was in talks to invest in a brand, whose name he declined to reveal, and hoped to finalise the deal next year. He knows it takes time to turn a fashion brand into a profitable business. Margiela, which now generates around 80 million euros in annual sales, only recently became profitable more than a decade after Rosso invested in it.

OTB is often compared to a small LVMH, being one of the only Italian fashion groups alongside Tod’s, which owns Roger Vivier and Schiaparelli, which are regarded as industry consolidators. But Rosso says his ambition is not to build a giant group.

“I don’t want to be a giant, I just want to be cool and modern,” said the president of OTB, whose motto “Be stupid” is about being “bold, daring, breaking the rules and following your instinct”.

Rosso, a father of six who was born into a farming family in Padua, northern Italy, and studied textile manufacturing, said he was looking for brands that were contemporary and original and knew “how to marry creativity with lifestyle”.

He regretted not being able to buy Valentino, acquired last year by the Qatar royal family for 700 million euros, as the Italian fashion brand now appeared to be going from strength to strength.

Rosso also missed out on Milanese jeweller Pomellato, bought in April by Kering for 380 million euros.

Companies often change hands when there is no clear succession plan or when descendents become too numerous and divided and some simply want to cash in.

Rosso said he felt his succession was assured, having named his 34-year-old son Stefano as his No. 2 this year. He also appointed his older son Andrea, 36, as creative director of Diesel’s younger line 555DSL and the brand’s licensing businesses in watches, sunglasses and perfume.

Rosso said he was not interested in an initial public offering as his group did not need cash, having 235 million euros on its balance sheet at the end of 2012.

“All my friends who are quoted advise me against doing it,” he said.

If he wanted to make a major acquisition, Rosso estimated he could raise as much as 500 million euros in debt. OTB last year made earnings before interest and tax of 140.6 million euros on 1.5 billion euros of sales.

NO RECOVERY IN ITALY

Unlike fashion groups such as Prada, which spotted signs of recovery in Europe over the summer, particularly in Italy, Rosso said trading remained tough in southern Europe.

“I smile when I hear politicians say there is an economic improvement in Italy,” Rosso said.

Rosso forecast OTB’s revenue growth this year will come below the 10.1 percent recorded in 2012 due to lacklustre trading in Europe, which suffered from poor weather in the spring, and the weak yen, which also depressed the value of OTB’s revenues.

The lower growth is also due to the pruning of Diesel’s distribution network in countries such as Italy, where it makes between 10-15 percent of its sales.

Rosso said business in northern Europe remained strong, particularly in countries such as Germany where sales growth is above 10 percent as “Germans become more fashion oriented”.