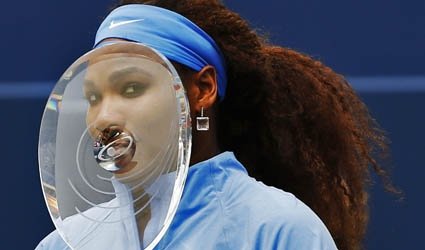 Reuters) – Serena Williams has clinched the year-end women’s world number one ranking for the third time in her career after winning two grand slam titles during an excellent 2013.

The American has compiled a 67-4 record this season and won nine singles titles on the WTA Tour, including the French Open and the US Open crowns.

The 32-year-old, who became the oldest women’s player to clinch the top ranking when she returned to number one in February, has won more than $9 million in prize money in 2013 so far, the WTA said in a statement on their website.

“Serena has proven time and time again throughout her career that she is an incredible champion, both on and off the court,” WTA Chief Executive Stacey Allaster said in the statement.

“This season she continues to rewrite the record books, proving she is one of the sport’s greatest athletes of all time.”


Williams, who has 55 singles titles and 22 doubles crowns in her career, will be presented with her world number one trophy during the prestigious WTA Championships in Istanbul next month.

China’s Li Na became the fifth player to qualify for the October 22-27 event, where the world’s top eight singles players and top four doubles teams will compete for a $6 million purse.