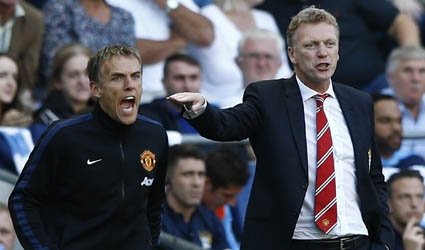 “There will be days like we had on Sunday and there might be more of them because we are in a period where there will be transition,” the Scot told newspapers ahead of Wednesday’s Capital One Cup tie at home to Liverpool.

“Where we’ve got work to do is in bringing players in – not for the squad but to go right into the team,” added the manager, in his first season at Old Trafford after replacing Alex Ferguson.

United missed out on a series of high-profile players during the last transfer window including, according to newspaper reports on Wednesday, a last-gasp attempt to hijack Gareth Bale’s record move from Tottenham Hotspur to Real Madrid.

Attempts to sign Cesc Fabregas from Barcelona, Ander Herrera from Athletic Bilbao and Fabio Coentrao from Real Madrid all failed.

Leighton Baines also decided to stay at Everton while Thiago Alcantara opted to move from Barcelona to Bayern Munich.

Moyes said United had the numbers in terms of players in the squad but needed new recruits who could be plugged straight into the starting line-up.

He suggested that United had been helped last season by rivals who failed to raise their game.

“I think a lot of people thought with United last season it was probably the fault of other teams who were poor,” he said.

On Sunday at the Etihad stadium, without the injured Robin van Persie, it was United who looked distinctly poor.