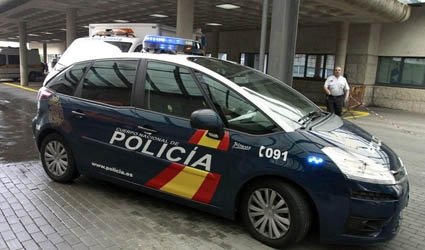 THE mother of a 12-year-old girl found dead near Santiago de Compostela, Galicia, has been arrested for questioning.

Police took her into custody following the incineration of her daughter’s body because they found contradictions in her story about the girl’s disappearance.

The body of the girl, of Chinese origin, was found in the early hours of Sunday morning on a track running parallel to the N-550 in Cacheiras, Teo, in northern Spain. A couple heading to a disco found the body.

Her adoptive parents, a lawyer and journalist, reported her missing at 10pm Saturday. They said that she had been at home alone studying and later gone out, taking her keys with her.

Her mother, former consul to France in Galicia, claimed she believed she had gone to her father’s home, which is nearby. The house was locked and the alarm had been set, she claimed.

She told police that in July, she had caught a man in their home in the centre of Santiago de Compostela attempting to strangle the girl, but that when she saw him, he had fled. She didn’t report it at the time, allegedly so her daughter would not be traumatized. The police considered this and other details of her statement suspicious. The investigation, focusing on the girl’s family and their friends, remains open and no theories have been ruled out.

Her mother says that they had an excellent relationship and that the girl never left the house alone or stayed out late.

Police have said that she was not killed in the same location where she was found, and that someone put her in that exact spot so the body would be discovered quickly. The area is not quiet or secluded and there are houses just metres away. Just 45 minutes earlier, a couple had passed the spot where her body was found and they saw nothing.

Her body showed no sign of violence or sexual abuse. Her schoolmates have been questioned and her computer and mobile phone are being checked.

Her funeral will be held tonight.