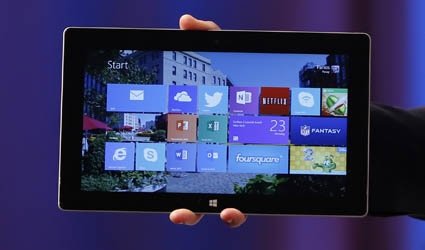 The Surface Pro 2, unveiled Monday at an event in New York, is targeted at professionals who want to full power of laptops in a tablet-style device. The kickstand built into the device is redesigned to make it easier to use on laps. In the past, it worked best on a flat surface such as a table.

Microsoft didn’t immediately announce a price on Pro 2 or details on the second model.