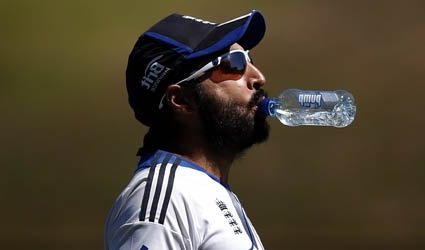 Panesar, fined by police in August for urinating in public, has been England’s back-up slow bowler in recent years but has been overlooked since winning his 48th test cap against New Zealand in March.

Lancashire left-armer Simon Kerrigan was picked alongside Graeme Swann for the fifth and final Ashes test at the Oval last month.

“There is a very strong management in that side to help all aspects of it. He (Panesar) appreciates he has made errors and he is very sure those errors are behind him,” national selector Geoff Miller told reporters.

“He is very prepared to let his bowling to do the talking for himself. I am prepared to accept that.”

Surrey pace bowler Chris Tremlett, who tormented Australia the last time England toured Down Under, and opening batsman Michael Carberry, who played his only test in Bangladesh in 2010, were included.

Opener Nick Compton, who hit two centuries in New Zealand in March before losing form, failed to even make the England performance squad that will be based in Australia during the Ashes and provide extra backup to the main squad if required.

Paceman Graham Onions, who was part of the squad during the home tests, missed out as the selectors preferred Steven Finn, Tremlett and Rankin.

England, who won the last Ashes series 3-0, will play three warm-up games before the first test in Brisbane starting on November 21.

All-rounder Tim Bresnan, still recovering from a stress fracture of his lower back, is to travel to Australia and the England coaches will monitor his fitness progress.

“He will go out with the squad… when the time is right Andy (Flower) will look at that and decide whether he can stay with the squad if necessary or transfer into the Performance Programme,” Miller said.