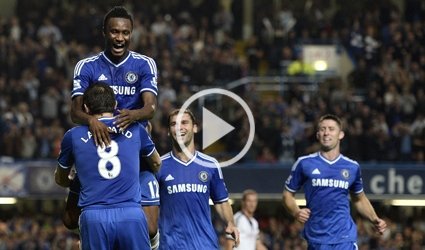 LONDON (Reuters) – Chelsea put a miserable week behind them to return to the Premier League summit with a 2-0 win over Fulham as the wheels came off Liverpool’s bright start in a 1-0 home defeat to Southampton on Saturday.

Chelsea had Brazil playmaker Oscar and midfielder John Obi Mikel to thank for sealing a victory that will help consign to memory last weekend’s defeat by Everton and their midweek Champions League reverse against Basel.

The win moved them up to 10 points from five matches, ahead of Liverpool on goal difference after Southampton inflicted a first defeat of the season on the Merseysiders.