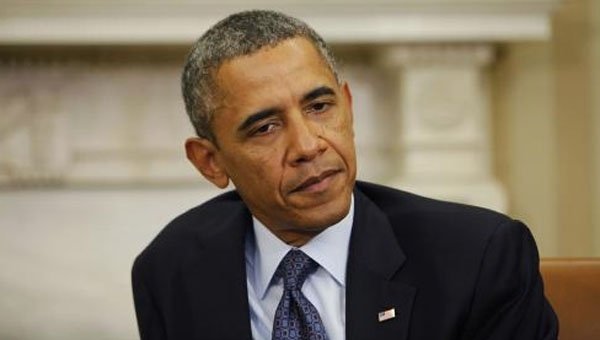 In his weekly radio and Internet address, the president said progress is being made on a diplomatic resolution of the issue, with Secretary of State John Kerry in discussions with Russian Foreign Minister Sergei Lavrov, after Russia indicated “a new willingness to join with the international community in pushing Syria to give up its chemical weapons.”

He said the possibility of a diplomatic solution came about “in part because of the credible threat of U.S. military force.”

“But we’re making it clear that this can’t be a stalling tactic,” Obama said. “Any agreement needs to verify that the Assad regime and Russia are keeping their commitments: that means working to turn Syria’s chemical weapons over to international control and ultimately destroying them. This would allow us to achieve our goal — deterring the Syrian regime from using chemical weapons, degrading their ability to use them, and making it clear to the world that we won’t tolerate their use.”

The president said there has been progress, with the regime of Syrian President Bashar Assad signaling “a willingness to join with 189 other nations, representing 98 percent of humanity, in abiding by an international agreement that prohibits the use of chemical weapons. And Russia has staked its own credibility on supporting this outcome.”


He said Washington will “keep working with the international community to see that Assad gives up his chemical weapons so that they can be destroyed. We will continue rallying support from allies around the world who agree on the need for action to deter the use of chemical weapons in Syria. And if current discussions produce a serious plan, I’m prepared to move forward with it.”

“But we are not just going to take Russia and Assad’s word for it,” Obama said. “We need to see concrete actions to demonstrate that Assad is serious about giving up his chemical weapons. And since this plan emerged only with a credible threat of U.S. military action, we will maintain our military posture in the region to keep the pressure on the Assad regime.”

If diplomacy fails, the president said, “the United States and the international community must remain prepared to act.”