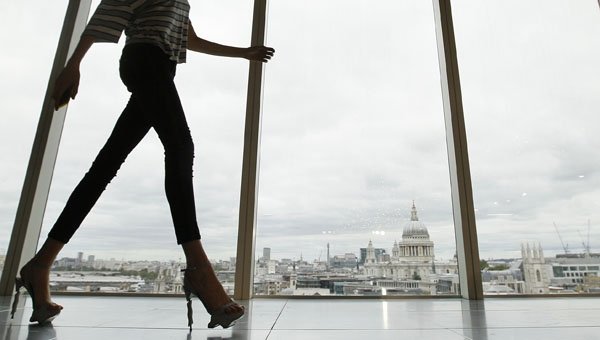 LONDON (AP) — The fashion universe has always seemed a bit of a self-contained bubble to outsiders. Those too-tall models in acres of silk? Those outlandish shoes you can’t walk in? The dresses that cost as much as a small car? Nice to look at, but hardly a part of most people’s lives.

The organizers of London Fashion Week, which kicked off Friday, are hoping to change that perception. The twice-a-year extravaganza — a trade event aimed at a few thousand buyers, editors, celebrities and fashionelite — needs to reach out and stoke more general public interest, they say.

British Fashion Council CEO Caroline Rush says the goal is to raise British fashion’s profile by making the event more accessible to consumers. One way is to get more people talking on social media platforms like Twitter and Instagram.

“Social media lets you share messages, get it out to broad audiences. It’s a great way to get an instant response, to find out what’s trending,” Rush said.

To that end, London Fashion Week Organizers are working more closely with bloggers. Fashion news will be beamed to digital screens in London’s subway stations and more shows — almost 30 — will be live streamed to fans this year, allowing them to view the latest catwalk previews from home or on their phones just like any front row editor.


Oxford Street, the capital’s most popular shopping street, has also been trussed up with “fashion flags” that pay tribute to British designers.

Natalie Massenet, the new chairman at the fashion council best known for founding the luxury shopping website Net-A-Porter, has even rallied Londoners to dress up for the occasion.

“Next week the global fashion industry is coming to town for London Fashion Week and we would like you all to be part of it,” she wrote in a letter in the Evening Standard newspaper. “We would like you to join us in putting on the show … fashion is for the consumer, so dress up, London!”

It is not clear if scruffy Londoners will respond to her admonition. But it’s all part of a bid to help makeLondon Fashion Week — the youngest sibling among its more polished sisters in New York, Milan and Paris — weightier in the global fashion industry.

That is already happening. Although London was known for years to nurture some of the world’s most creative young talent, most did not achieve the same level of commercial success and international recognition as the mega brands based in the other fashion capitals — until recently.

A crop of emerging names and the success of designers from Christopher Kane to Erdem has meant thatLondon Fashion Week is now widely seen as the place to spot the industry’s next big thing. For many buyers, it is this allure — even more than the presence of established fashion houses like Burberry, Vivienne Westwood and Paul Smith — that makes London an increasingly exciting fashion destination.