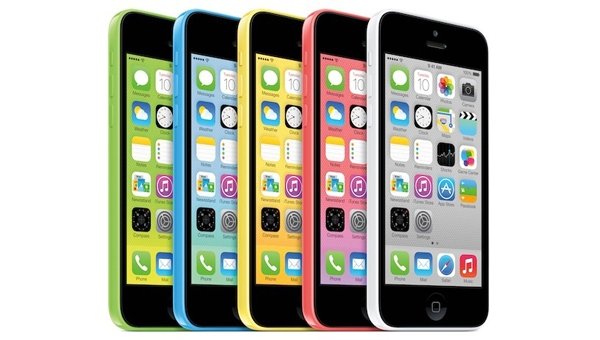 Last year, eager buyers in Beijing waited overnight in freezing weather to buy the iPhone 4S. Pressure to get it — and the profit to be made by reselling scarce phones — prompted some to pelt the store with eggs when Apple, worried about the size of the crowd, postponed opening.

Just 18 months later, many Chinese gadget lovers responded with a shrug this week when Apple Inc. unveiled two new versions of the iPhone 5. Today’s market is glutted with alternatives from Samsung to bargain-priced local brands.

“There was no big change, no surprise at all,” said Gu Lanjun, a 29-year-old employee at a Shanghai bank. Having bought the three most recent iPhone models as soon as they were released, she said, “I won’t update this time.”


That matters, because China is a key part of Apple’s growth plans. CEO Tim Cook told the official Xinhua News Agency in January he expects this country to pass the United States as its biggest market.

“Apple’s market position in China has stagnated,” said telecommunications analyst Jan Dawson of the research firm Ovum, in an email.

One problem, he said, might be that Apple’s high price limits it to targeting the top market tier, and customers in that segment who want an iPhone already have one.

The two models unveiled this week “will largely be sold to existing subscribers and won’t win many converts,” Dawson said.

Earlier iPhones became status symbols in China even before they were formally sold here.

Buyers paid hundreds of dollars for handsets brought in from Hong Kong and modified to work on China’s phone network. Companies treated them as luxury goods, buying hundreds at a time to give to important customers as Chinese New Year’s gifts.

Now, Apple faces increasing competition. Samsung has made inroads into its premium market segment. For the mass market in a country with an average annual income of only about $4,000 per person, less than one-tenth the U.S. level, newcomers such as China’s Xiaomi offer smartphones that run Google Inc.’s Android system for as little as 799 yuan ($125).

The rapid growth of the lower segments where Apple doesn’t compete has helped to shrink its share of the overall market even as its sales grow.

Apple’s share of China’s smartphone market fell by nearly half, from 9.1 percent to 4.8 percent, over the past year, according to research firm Canalys.

Apple appeared to be trying to capture some of that lower-tier market with this week’s announcement of the lower-priced 5C. But the company’s website said it will start at 4,488 yuan ($712) in China, well above analysts’ expectations of as little as 2,500 yuan ($400).

“People were expecting a much cheaper version to expand the market to the mid-tier segment. But that didn’t happen,” said analyst C.K. Lu of Gartner Inc. “We don’t see much is going on in the China market with this new product launch.”

Shares fell 6 percent in U.S. trading on Wednesday following the announcement. Apple stock has fallen nearly 30 percent since peaking at $705.07 when the last iPhone came out.

Apple also disappointed observers by failing to announce an agreement with China Mobile Ltd., the world’s biggest phone company by number of subscribers, though Apple had promised no deal.

After this week’s announcement that Japan’s biggest mobile carrier, NTT DoCoMo, would support the new iPhone lineup, China Mobile is the last major holdout. A tie-up would require Apple to create an iPhone that runs on China’s homegrown mobile standard but would give it a partner with 750 million subscribers.

The latest iPhone release also marks an upgrading of Apple’s marketing in China. For the first time, the new model will be released in China at the same time as it debuts on Sept. 20 in the United States and other major markets such as Britain, Japan and France. In more than 100 other countries, it will not go on sale until December.

But advance orders for the iPhone 5S and 5C have been “much lower” than for previous models, according to Zhang Xue, a saleswoman for China Telecom Ltd., one of two Chinese carriers that support the iPhone.

“Customers are much calmer when they face the new iPhone lineup,” Zhang said.

Apple still has plenty of fervent admirers in China, but some complained the latest iPhones offer too few technical advances.

Liu Guanlin, a junior at the Beijing Contemporary Music Academy, said he traded up from Samsung Galaxy to an iPhone because Apple’s operating system seemed more stable. But he said the 5C didn’t look like it would be worth the money.

“I have lots of Apple products, yet my complaint about the iPhone is it lacks innovation,” said Liu. “I can’t see major breakthroughs in the latest models, which is disappointing.”

Others complained Apple failed to live up to its stylish design standards.

“The covers look garish. It will take people back to 10 years ago,” said Gu, the Shanghai bank employee. “I would rather wait for the iPhone 6 and if there still is not much change, I will think about switching to another brand.”