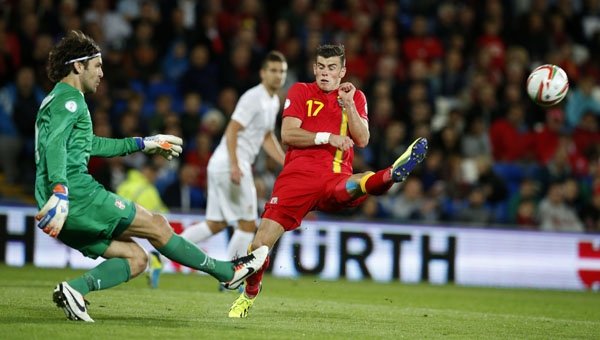 CARDIFF, Wales (AP) — Gareth Bale made his first competitive appearance since his world-record move to Real Madrid but couldn’t prevent Wales sinking to a 3-0 loss at home to Serbia in World Cup qualifying on Tuesday.

Bale, who has been struggling with a groin injury, came on as a 58th-minute substitute nine days after sealing a 100 million euros ($132 million) transfer from Tottenham.

By that time, his team was already 3-0 down after first-half goals by Filip Djordevic and Aleksander Kolarov and a third by Lazar Markovic in the 55th, but Bale almost grabbed a consolation when his dipping free kick was tipped over the crossbar.

“He gave us a lift, the fans were excited and it gave us a spur, although the game was done and dusted,” Wales coach Chris Coleman said.

Serbia stayed third in Group A, but can’t qualify. Wales dropped to the bottom of the standings below Scotland, which beat Macedonia 2-1 thanks to Shaun Maloney’s 88th-minute winner from a free kick.

Neither Belgium, which tops the group by five points, nor second-place Croatia were in action on Tuesday.