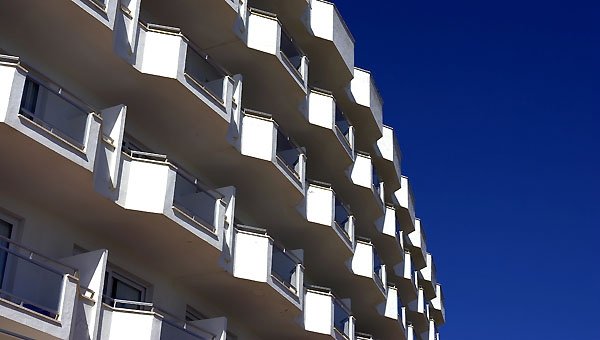 Two young men were found dead in the early hours of the morning yesterday in Magaluf, both are suspected to have died due to injuries sustained from falls.

The first body of a 25-year-old, police believe to be a British tourist was discovered in the courtyard of Le Dauphin, in Punta Ballena, Magaluf at 7.40am Monday morning. The young man was found without any identification but was wearing a wrist band from a neighbouring hotel. It is believed that the young man fell 8 metres from a patio, and struck another building before hitting the ground.

The second victim was a 20-year-old whose body was discovered at 11:30 Sunday night, was also found without any identification and is believed to have fallen from the second floor of the Mallorca Rocks Hotel on Carrer Blanc, Magaluf. Emergency services were called to the location but there wasn’t anything they could do for the young man.

Reports suggest that the two events are not thought to be connected.

Police suspect that both of the young men found are British, despite not being able to identify either of the bodies, as the victims were found in popular British holiday destinations.