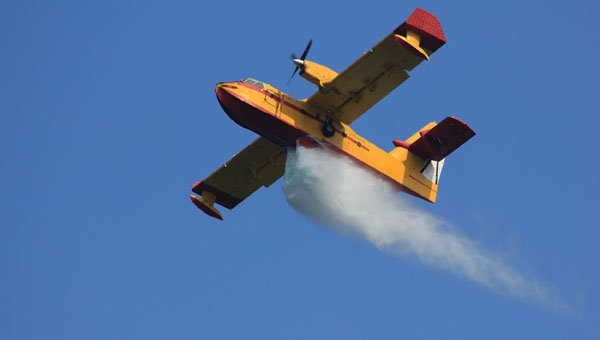 A violent electrical storm was the cause of a bush fire this morning in the province of Almeria. Fire planes have been working since dawn to extinguish six points of fire that are still burning being fanned by strong winds in the area.

The zone affected is scrubland with little vegetation and quite a distance from the nearest populated area in the Huercal-Overa region.

Javier Madrid who is co-ordinating the work by INFOCA sair that there was no risk to homes or people but that some families had been evacuated as a safety precaution.

According to the authorities, last nights storm caused over 2,000 lightening strikes which set off three major fires in Turre, Mojacar and Huercal Overa.

Overnight in Huercal Overa, three units of 28 firefighters supported by environmental agents fought the flames in the dark, and the residents of El Saltador were evacuated.

In Mojacar, a similar number of firefighters fought to protect the hamlets of Sopalmo and El Muro, both of which were partially evacutated overnight.

And in the Sierra above Turre, two mountain fire units tried to control the fire.