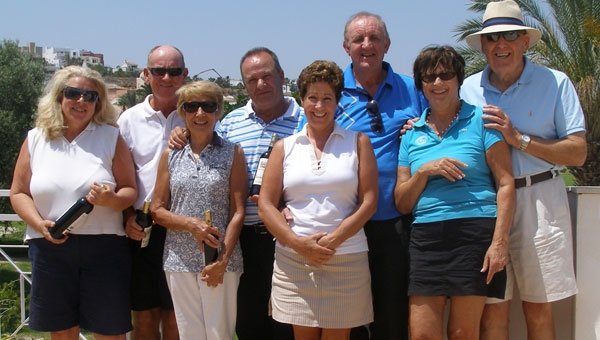 MARINA PHOENIX played an individual stableford with winners in both the ladies and mens divisions showing improved form.

Ann Kavanagh won the ladies’ division with 36 points from Maxine Mayhew (34) and Linda King (30). Brian Couper has missed several months through a shoulder injury but got back in the swing with 37 points to beat Frank Varey (36) and Brian Mayhew (34) in the men’s division. There were twos prizes for Maxine Mayhew and Brian Couper on the 5th and Ann Kavanagh and Frank Varey on the 17th.