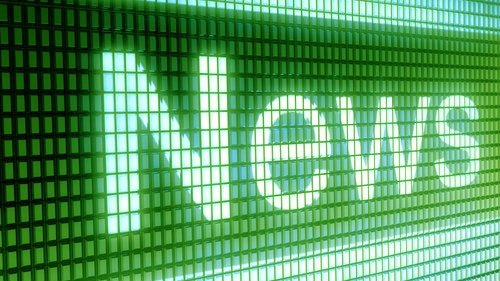 AROUND fourteen thousand cruise passengers are expected to arrive at the Almeria City Port this year, a 45 per cent drop from the 25,608 seen last year.

A NEW roundabout to improve traffic flow has been built in Tabernas between Avenida Ricardo Fabrega and Avenida Europa costing €39,000.

TWO eleven-year-old boys from the Ciudad de Adra swimming club have qualified for the Andalucia Swimming Championships to be held in Sevilla on March 16 and 17.

AROUND twenty five children aged 4 to 5 participated in the ‘BB’ (‘Baby’) category of the Adra Football Tournament, organised by the Almeria Football Federation.

EL EJIDO Council is asking the Andalucian Government for help towards pushing back the September 2014 start for paying back almost €116 million owed to suppliers.

BLUE balloons were released into the sky at Parque la Cuesta in Adra as a tribute for the 25-year-old local woman who recently died from a disease at Hospital de Poniente.

‘GOLFITO,’ the Adra dog which went missing after escaping from his temporary shelter home has been found safe and sound the town’s San Nicolas beach.

EL EJIDO Rhythmic Gymnastics Club will hold a charitable event at the town’s Teatro Auditorio on February 2 to raise funds for a seven-year-old Vicar girl suffering from a rare disease.

THE old Andalucian Employment Service (SAE) premises in Huercal-Overa will be the site for a future Mental Health Unit serving the north part of Almeria province.

THREE European volunteers will take part in upcoming Purchena’s cultural, social and youth activities as part of the ‘BienvenidoSVE al Sur / WelcomEVS to the South’ project funded by the EU.

THE outstanding payments from last year owed to the 500-strong Almeria province public defenders workforce by the Andalucian Government will be fulfilled in several instalments until April.

FORTY TWO people have been charged with 32 theft offences – mainly involving clothes and food – by Guardia Civil at Vicar’s Viapark shopping centre since the start of the sales period.

ROQUETAS DE MAR’S Izquierda Unida Party proposed at the council that residents have their say on municipal investments for building council-owned buildings and public spaces.

THE University of Almeria has climbed three positions to 43rd best Spanish university out of a total of 71, according to the Shanghai World University Rankings (ARWU).