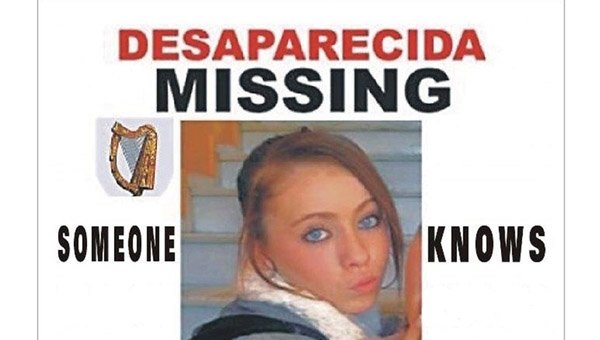 FOR the mother of Amy Fitzpatrick, Christmas and New Year again this year were not a time for celebration.

It is now five years since 15-year-old Amy vanished around midnight on January 1 while returning home in Riviera, on the Costa del Sol, after leaving a friend’s house.

She has not been seen since, and police appear to have no leads as to what happened to the teenager.

Her mother and partner have since been told – though no concrete evidence has been provided to support the claims – that a man now serving a jail sentence for murder killed Amy.

Amy disappeared after saying goodbye to her close friend Ashley Rose at approximately 10pm. The girls had been babysitting Ashley’s brother at her friend’s house in Mijas Costa.

Amy should have arrived at her home on the Urbanisation Riviera del Sol about 10 minutes later.

Amy, who had black hair, blue eyes and a pale complexion at the time of her disappearance, was not carrying any money, phone or passport. She is 1.65m tall and was wearing dark coloured crushed velvet tracksuit bottoms and a black T-shirt with the word “DIESEL” in various different colours when she was last seen.

In April, 2010 Amy’s family announced that for one month anyone providing information leading to her being found would receive a €1 million reward.

Despite many phone calls there were no solid leads.

On February 7, Amy would have been celebrating her 21st birthday.

But for her mother and partner, once again there will be no celebration… just heartache at having to accept an ongoing void in their lives, and an inability to move on from a mystery that has remained for five years.