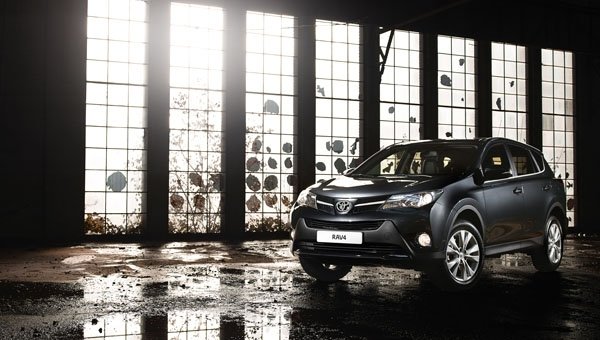 The exterior combines the stylish signature elements of the new Toyota frontal design language with frill-free aesthetics and the muscular image of durability expected from a vehicle with its four-wheel drive credentials.

The new RAV4 will be available in a choice of nine body colours, including three new to the model range (as named by the company): Greyish Blue MM, Moss Green and Black MM. The international launch of the RAV4 is estimated for next summer, with a base price of €18,000.

The Western European powertrain line up now comprises a 151 DIN hp 2.0 litre petrol engine, a new 124 DIN hp 2.0 litre diesel, and a 150 DIN hp 2.2 litre D-4D diesel engine. Every engine in this new line-up benefits from reductions in CO2 emissions, averaging some 12 per cent across the powerplant range.

The new Toyota SUV is equipped with an anti-whiplash seat design, and seven airbags are fitted as standard, including a driver’s knee airbag and twin-chamber front seat side airbags.