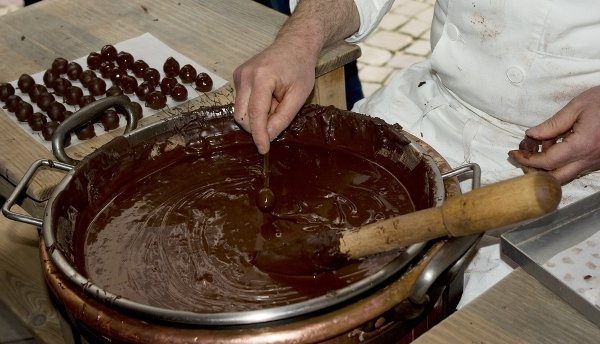 The Swiss take the lead with the Swedes, Austrians and Danes following closely behind. The UK was also above average in the league. Spain on the other hand was much further down the list together with Italy, Greece, Portugal, Poland, Japan, China and Brazil. Ireland, German, the Netherlands, USA, France, Finland, Canada and Australia were all somewhere in the middle.

To produce just one more laureate, the nation would have to up its cocoa intake by 275 million pounds a year, according to lead author Dr Franz Messerli, a Swiss doctor now working at Columbia University in New York. Every citizen would have to head 400g of chocolate a year to increase the number of Nobel laureates in a given country by one per million inhabitants, if the correlation holds true.

Previous research has suggested dark chocolate can benefit the brain, heart and even help lose weight. Chocolate has historically had a unhealthy reputation, but it is the sugar in it that causes problems, so using sugar free cocoa powder is the least fattening way to enjoy this healthy treat.