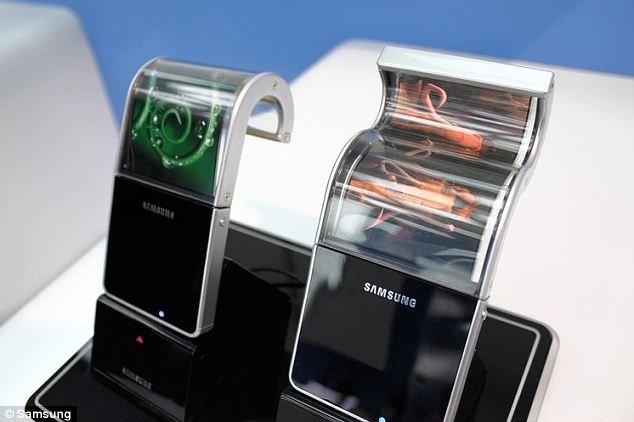 NEXT year could see people walking around with bendable smartphones.

Samsung reportedly has the flexible screens in the final stage of development and should be ready to ship them in 2013. These screens will be flexible, unbreakable and can be bent, twisted and folded up.

The breakthrough has been made through the use of organic light emitting diodes (OLEDs) which are thin and can be put on flexible materials including plastic or metal foil. The South Korean tech giant is not the only company to have invested heavily in research into flexible screens using OLEDs. Others include Japan’s Sony and LG Display.

Samsung had previously promised to bring flexible displays to the market this year. They have been researching flexible screen technology since 2002 and showcased a 4.1in flexible OLED two years ago.

Even if Samsung were not able to commercialise flexible screens straight away, by making their mobile phone screens out of plastic rather than glass, the devises would be lighter, more durable and cheaper than their rivals.

SNEAK PEEK. The bendy technology is unveiled in this Korean TV ad