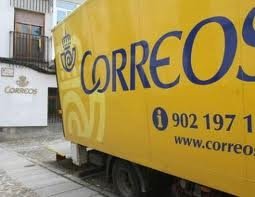 ALMERIA Provincial Council plans to spend more than €1m on postage over the next two years.
The council signed agreements with two postal companies, with Correos scheduled to look look after all post for the capital and Unipostallocated the remainder of the province and all areas outside it.

The two agreements are worth almost €1.2m. `

Additionally, the council awarded 23 contracts for public works worth €1.7m. These include €400,000 for a survey in Vicar and €167,000 for the deployment of electronic procedures in Filabres-Alhamilla.

Meanwhile, the governing committee has allocated more than €1m in funds for 13 public works. Among those benefiting will be Las Tres Villas, where there will be a water survey, and Alicún, for a water treatment plant.

Maintenance and upgrades valued at €282,000 will be carried out on eight provincial roads.
A number of urbanisations have also been allocated funding.