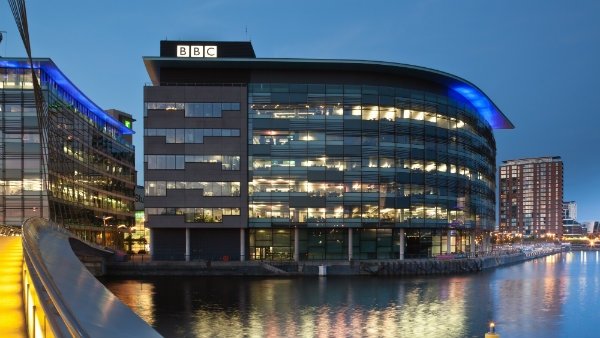 THOSE regular perusers of this blurb will know only too well my personal opinion of the BBC. For years now I have considered this alleged bastion of British free speech and integrity nothing more than a bunch of subversives, using the taxpayers’ money to manipulate and distort news items and political reporting to further their own biased left wing preferences. I still recall watching an early morning interview with Tony Blair during his New Labour campaign. The whole talk was a complete propaganda disaster. I no longer remember the exact dialogue, but recall it was so bad I took my life in my hands and woke the wife specifically to listen to it when it was re-aired later. I needn’t have bothered. Some half an hour later when ‘slippery’ reappeared, the whole thing had been chomped, chopped and edited to such an extent that it all sounded utterly persuasive and totally positive. It was a blatant manipulative disgrace (and the wife’s wasted early call didn’t go down too well either!) This latest debacle is a typical example of their complete distain for the public. Well they’ve finally gone too far. At long last the total arrogance of this whole despicable bunch has backfired on them and I for one hope that by the time this column goes out a great deal more of them have been shown the door. If I had my way I’d sack the lot of ‘em and start again. Let’s all get back to the standards of the forties and fifties, which was about the last time you could truly believe in anything they reported on at all.

Did not the obscene amounts of money spent on the recent Presidential campaign not bring home once and for all that it is not the elected politicians who rule the world, but the faceless money manipulators who provide the billions of dollars to place their own pet puppets in these positions of power? These people are the real schemers and shifters in this world we laughingly refer to as ‘ours’. Well I’ve got news. It’s not ours. This planet is not a democracy. This is simply the illusion they create. It’s theirs. Each and every one of us who are outside their shadowy financial portals of power exists under their sufferance and are completely expendable. This small faceless bunch of bandits are nothing more than gamblers dealing in inconceivable amounts of money and power stakes. The losers who backed Romney in this latest presidential two horse race, saw untold billions wiped from their stock market ‘bookie shops’ when their man came second. Mind you, when your income is in the region of millions a minute, I doubt they’ll be crying in their beer for too long.