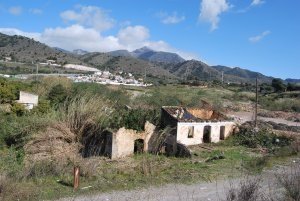 THE government has assigned the works for the Nerja sewage plant to the temporary union of companies Corsan-Corviam-Isolux for €23.2 million. The local Mayor, Jose Alberto Armijo, explained that the Ministry of Agriculture, Food and Environment has assigned the project design, estimated at €153,000, to the company, which estimates it will take 30 months to complete. The sewage plant is one of the 47 projects which remain to be carried out in the province in order to obtain complete sewage facilities as required by the EU by 2015.

Once the contract is signed, the companies have three months to present the final project to the Ministry, and if approved, work can begin. The sewage plant would be located north of the N340, in the Fuente del Baden area and will be able to process 25,000m3 per day. There will also be a pumping station in Burriana and the Chillar River. The town has been waiting for this project to be carried out for many years, especially as sewage is currently going straight into the sea, in an area where the beaches are one of the main attractions.