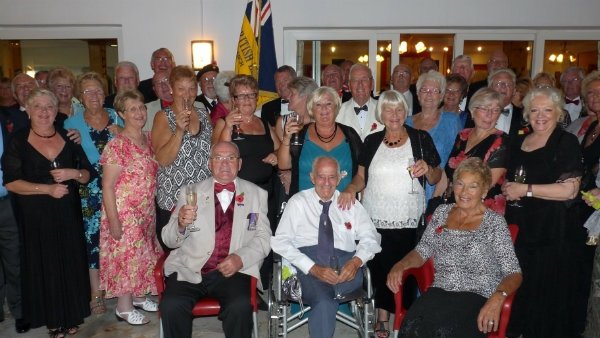 A RECORD number of members and friends of The Royal British Legion Mojacar branch met at the Hotel Continental to enjoy a dinner and dance.

The evening began with cava and canapés followed by dinner and then dancing to the music of Brian Dee. A raffle, with prizes donated by local restaurants and businesses and individual members, was also popular. The branch is now appealing for people to buy a poppy to support armed forces who put their lives at risk and in memory of all those who have gone before.

The Mojacar Royal British Legion meets on the first and third Thursday of each month in the Artisan Centre and holds events throughout the year. New members are welcome and they do not need to have served in the forces.

For more information http://www.britishlegion.org.uk/branches/mojacar or phone 950473025