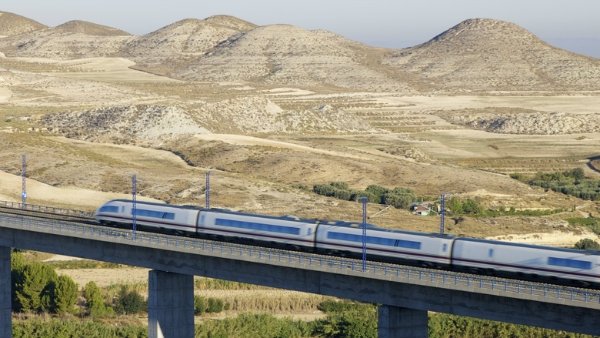 THE creation of a high-speed passenger and goods railway link along the coast from Almeria to Algeciras would generate €677 million worth of business per year.
This is one of the conclusions of a study carried out by Ferrmed in order to back the project and convince the EU parliament to include it in their budget.
It analyses the impact of the project on the economies of Cadiz, Malaga, Granada and Almeria.
At the moment, the EU only has plans for an inland link between Almeria and Algeciras via Granada and Antequera.
Ferrmed reports that within 13 years, the railway link would have paid for itself mainly thanks to passengers, which would provide €536 million per year, as well as saving time and fuel compared to transport by road.
The budget for the project has been estimated at €8.17 billion, including stations at Algeciras, Marbella, Malaga and Motril, reaching speeds of up to 300kph.
Ferrmed suggests that the tracks run parallel and to the north of the AP-7 motorway and link to Malaga Airport, as well as the ports at the other stations. It would also connect to the Maria Zambrano station in Malaga city.
Ferrmed also suggests that a third of the stretch go through tunnels, to reduce the impact on coastal urbanizations. Between Malaga and Almeria, 44 per cent of the track would be underground and 14 per cent on viaducts.
The estimated travel time between Malaga and Algeciras would be 30 minutes, and the number of passengers, 60 million per year.
Ferrmed has until June 2013 to convince the EU and says it is important to put pressure on the Spanish government and the EU so the project is included as a priority for the European railway network.