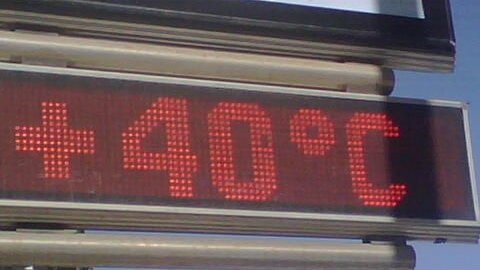 THE National Meteorological Agency (Aemet) has predicted the high temperatures to go down this week. A hot air mass from Africa brought the intense heat wave that lasted throughout the whole weekend; leading meteorological experts to activate the yellow alert due to the dangerously high temperatures. Interior towns including Valle del Almanzora and Los Velez were two of the areas that were affected the most, with temperatures that reached up to 40 degrees.

The yellow alert was activated as a reminder to residents and visitors to take extra precautions during the hottest hours of the day, especially for the elderly, infants and people with chronic health conditions. According to Aemet, hydration is absolutely necessary to prevent heat strokes, which can also be avoided by staying out of the sun during the middle of the day. This year two deaths have occurred due to heat strokes in Almeria; one was a man working in a greenhouse in El Ejido, and the other was a baby travelling inside a vehicle in Almeria. Also, the authorities have recommended taking extra care avoiding forest fires, which are more dangerous during heat waves.