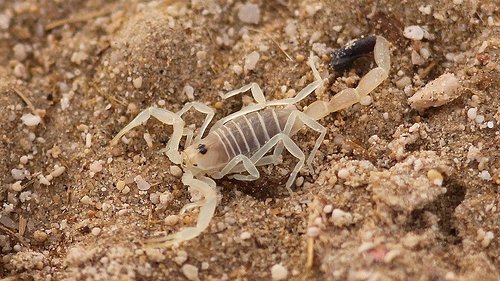 WHITE scorpions are once again causing alarm in the Antequera neighbourhood of La Quinta.

The same species has returned this summer after plaguing the same area in August of last year, when residents had to publicise the issue before municipal maintenance took action and exterminated them.

Though white scorpions are not poisonous, their sting causes intense itching and can be dangerous to children under the age of four.

The government foresaw another infestation, said councillor Andres Calvo, who promised that steps will be taken to rid the area of the scorpions and prevent them spreading.

“We mustn’t panic but we must work towards preventing the appearance of these animals in the future,” said the councillor.