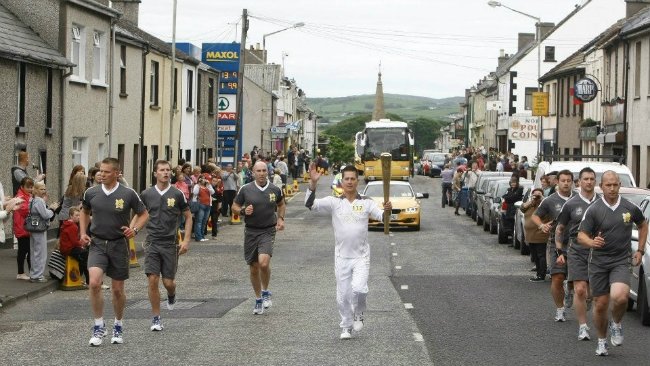 ONE of the London 2012 Olympic torchbearers brought his torch to Almuñecar. Kevin Bartlett, who visits Almuñecar several times a year, is a Social Service worker in Ulster and a rugby referee. He was chosen to bear the torch in Northern Ireland, as a substitute for the original torchbearer. Bartlett showed the torch at a presentation at La Italiana cafe in Alumuñecar, explaining that each Olympic torch has 8,000 holes in it, representing the ‘inspirational’ people who were elected to represent their communities on the torch’s journey all over the UK.

He was joined at the event by Social Welfare and Sport Councillors, Carmen Reinoso, and Luis Aragon, respectively.