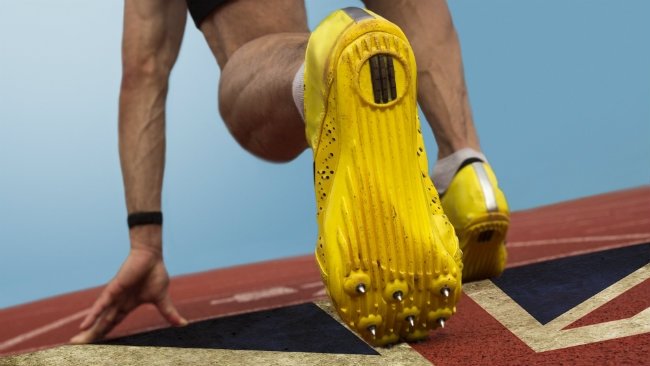 Remarkably, although it was almost a month ago, I still find myself under attack from our German colleagues for remarks I made in the column.
Oddly, none of my German friends (yes I do have quite a number!) have taken umbrage at all. Probably because they know me rather better than most and realise that my observations are more ‘wind up’ than ‘put down’. Many of them also find Monty Pythons ‘Don’t mention Za Vaar’ sketch absolutely hysterical. So fear not, I can assure you the Arian sense of humour is still in good health, hovering just below the surface of bristling indignation (let’s hope so anyway).
For a final word on the subject I will refer all those scribing dissenters to one of the greatest scribers of all time; the immortal bard who wrote so wisely. ‘Methinks thou dost protest too much’. Awright?
I love athletics. Particularly the female participants. To me there’s nothing more sexy than a finely tuned, gloriously fit female, straining every fibre to be the first in her chosen objective. Gorr! I’ve dated two athletes in my life (both female I hasten to add) The first was somewhat of a surprise, when her Olympic diver’s statuesque body turned out to be mostly muscle! Ah well, I soon got over it. The second was a sprinter who unfortunately ultimately decided she preferred the ladies. C’est la vie.
As I write, we are well into the second Olympic day and have finally won our first medal.  Already there are long faces, where expected medals didn’t materialize. A couple of months ago I prophesized most of our athletes were nowhere near world class. As the host nation, this is of course not only unacceptable, but could also turn out to be extremely embarrassing. Although I accept the opening ceremony was nothing short of magnificent, the most important part of the Olympics are the contestants themselves.
Nowhere near enough encouragement, facilities or investment are directed toward those who are somewhat less fortunate than the equestrian, sailing, tennis and other events that only the more privileged of society can financially aspire to. Let’s hope by the time you read this the medal situation will have improved substantially, sadly I somehow doubt it.
Don’t forget to listen out for the new rap version of Little Arrows – I know I know, is nothing sacred?! You heard it here first folks.
Keep the faith
Love, Leapy  leapylee2002@gmail.com